Just a half-century later, and those social norms have turned upside-down. 59% of adults aged 18 to 44 have lived with an unmarried partner; while only 50% of that same group has ever been married. It’s a massive cultural shift, yet the law is slow to catch up. Most states still grant married couples many more legal protections and rights than unmarried ones. And when those relationships end, it can be much more difficult to equitably separate. 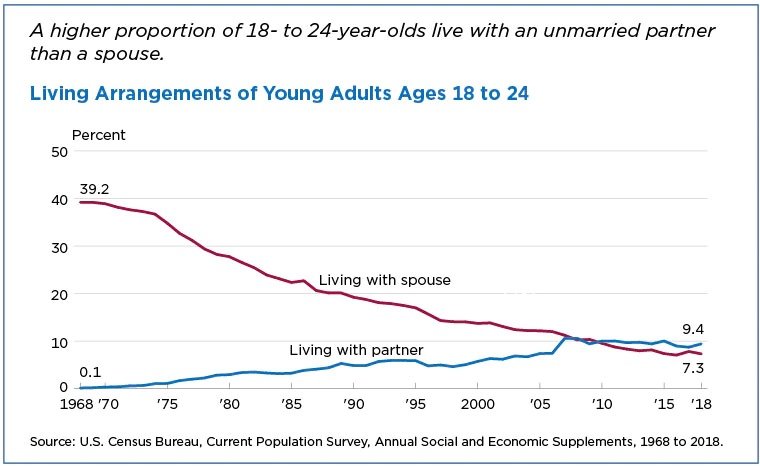 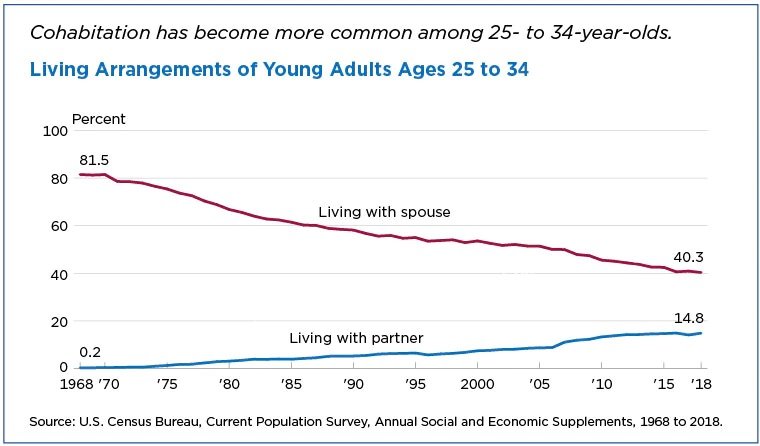 One glass half-full perspective is that because unmarried couples have fewer legal rights, they’re more willing to sit down with a mediator and settle their dissolution outside of the contentious divorce/legal system. When that occurs, the two biggest considerations for separation mediation are caring for children and dividing shared property.

As with a traditional divorce, the children of an unmarried couple take priority in any separation, and a judge or mediator will always have their best interest at heart. Unlike a traditional divorce, a mediator might have more flexibility than a judge to structure a separation agreement with an unmarried couple. Since the partners are not bound by their discussion with the mediator (until there’s a signed agreement), that often leads to more open and flexible dialogue.

Issues like custody, child support, and parenting plans can all be resolved through mediation for unmarried couples. Both parents must come into the mediation with willingness to compromise, understanding that if they are both willing to make some concessions, there can be a peaceful resolution that is best for their children.

Unmarried couples should consider getting both parents’ names on children’s birth certificates; otherwise a paternity test might be required if they separate later and it ends up in court. Meanwhile, children may be ineligible for important benefits such as inheritance or health insurance because their parents aren’t legally married and their father isn’t on their birth certificate.

The second-most important issue for unmarried couples that are separating (after children) is dividing shared property. A home is often the most complicated asset to resolve, but other shared assets or financial considerations can cause a lot of stress (and disagreement), too. If no cohabitation agreement exists, the couple must divide property on their own, with a mediator, or through lawyers and the court.

In the case of a home, if both partners are signed onto the mortgage, then they must resolve the obligation—as both are responsible for the loan. The unmarried couple could sell the home and pay off the debt (or split the profit). One partner could stay in the home and buy out the second partner entirely. One partner could stay in the home and trade other property to equal the second partner’s equity. An experienced mediator is familiar with this process and can help an unmarried couple navigate a fair and equitable resolution.

The same process would unfold for each piece of property that an unmarried couple shares under a loan—a car, for instance. In the absence of a cohabitation agreement, other property is assumed to be owned by one partner or the other. The separating couple needs to sit down with a mediator or lawyers to balance the property equity that they believe is co-owned. If the partners are not in agreement, it can be difficult for one to prove ownership unless it is in writing or there is proof that both partners contributed to the purchase and/or maintenance of the property.

Much has changed in America over the past half-century, and cohabitation is now the norm, not the exception. Courts and the law are slow to catch up to evolving cultural trends, so unmarried couples still have far fewer rights and protections than their married counterparts.

Signed agreements between unmarried partners—like a cohabitation agreement—can go a long way toward regaining some of those rights and protections. And if the relationship ends, a mediator can help settle important considerations like caring for children and dividing property fairly. To learn more about your rights or to seek guidance in a separation, please contact the team at SouthBay Mediation.

Key findings on marriage and cohabitation in the U.S.